Often, articles about the adoption process focus on how the process affects and relates to the birth mother, but just as important in that process is the birth father’s role in adoption. If you are considering placing your baby for adoption, you may be wondering how the birth father factors into that decision. Depending on which state you live in, and the father’s perspective on placing the baby for adoption, the answer will vary from case to case.

The Consenting Birthfather’s Role in Adoption

The Non-Consenting Birthfather’s Role in Adoption 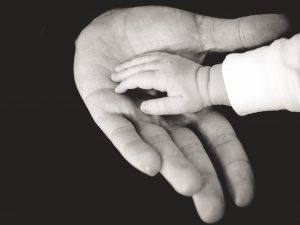 The Unknown Birthfather’s Role in Adoption

If the birth father is unknown, a routine search of the Ohio Putative Father Registry (OPFR) will need to be done to determine if the baby can be legally placed for adoption. If a man believes he may have fathered a child and wants to be informed if the child is placed for adoption, the OPFR allows him to register as a putative father. By providing his name and address as well as the mother’s name and the child’s age (or estimated due date), a putative father will be notified if the mother attempts to place a child with the correct age (or estimate due date) for adoption. From that point, once he’s verified paternity, his role in the adoption process will be determined by whether or not he consents to the adoption.   At Building Blocks Adoption Service, we always recommend consulting our adoption agency to determine the best path forward in any adoption, especially those in which the birth father is unknown or does not consent to placing the baby for adoption.

We are here to help you navigate the process of adoption, walking beside you to find a path that is right for you.

Building Blocks Adoption Service is licensed by the Ohio Department of Job and Family Services to Accept temporary, permanent, or legal custody of children and to place children from Foster Care or Adoption.