Do I have to tell the birthfather about my adoption plan?

If the father of your unborn child is not around, you may be wondering if you need to tell him about your plans to create an adoption plan. There are a lot of reasons why you might not want to contact the father of the baby while you’re thinking of placing the baby for adoption. It may be a difficult discussion to have.

If you are married to the father of the baby when you give birth, he will be considered the legal father. If you are not married, he is referred to as the “putative father”. The law varies from state to state, so you should check your state’s adoption laws or ask us to check for you. 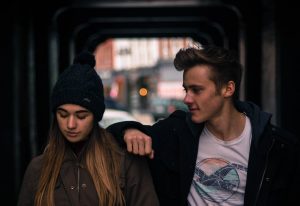 Depending on the state you live in, a legal father and a putative father have different custody rights to their children.

To avoid potential heartache in the future, we recommend talking to the biological father and discussing your plans to create an adoption plan. There have been cases of the putative father contesting an adoption after the baby has been placed with an adoptive family, which causes pain for all parties involved. This can potentially be avoided by having a difficult discussion now, before the baby is place with a family.

How Do I Tell Him I’m Pregnant? How Do I Talk to Him About Adoption?

We have compiled a list of suggestions to help you navigate the discussion of adoption with the biological father of the baby:

When asking if you can place your child for adoption without the father’s consent, the short answer is “sometimes”.

There are things you do to prevent this from happening:

We at Building Blocks Adoption Service Inc. can help you if you aren’t sure who the baby’s father is, what his name is, where he lives, if he is in jail, refuses to cooperate with the adoption, or if you are married and your spouse is not the baby’s father.

Twenty-five states have established Putative Father Registries, which would entitle a putative father to notices of adoption proceedings, petitions to terminate parental rights, and petitions for adoptions. A legal father usually must consent to an adoption.

In most states, a legal father who would need to consent to an adoption would fit one or more of the following:

Even if the legal father won’t consent to the adoption, there may be other ways to terminate his rights. If the birth father has not met one of these criteria, he may still have parental rights if he has established himself as a putative father. It is important to disclose all of the information you have with your social worker and our legal team. If you have questions please do not hesitate to call our offices or text our birthmother hotline at 234-206-1859.

Building Blocks Adoption Service is licensed by the Ohio Department of Job and Family Services to Accept temporary, permanent, or legal custody of children and to place children from Foster Care or Adoption.